The '16 season is underway! I've done one duathlon and two triathlons. Here's the quick rundown with a lesson or two.

Omaha Duathlon, April - I've always known that the key to doing well in a duathlon (run/bike/run) is to go easy on the first run. Well, at least stay in control. It's hard because everyone takes off like it's a 200m sprint. I was determined to not get crazy. I've never been able to "negative split" (run the 2nd half faster than the first) a duathlon with the two runs.

The gun went off and I made myself stay in control and run according to my GPS watch the first 2.5 mile run. I came to the bike in 15th place overall. I was then able to pretty much go hard on the bike but still trying to not fry my legs with the 2nd run yet to come. Came off the bike in 3rd place. Made up 12 spots in the transitions and the bike. 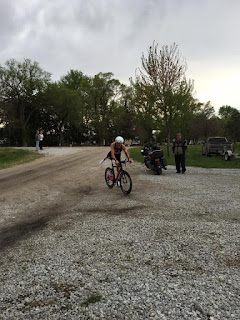 Headed into the second run ready to see what I had. There were two guys behind me that are really good athletes and I didn't know how long I could hold them off. 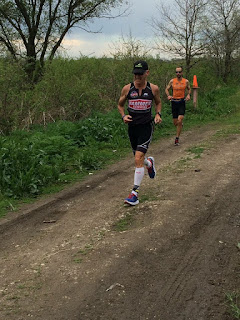 The closer athlete closed to within 10ft. of me and I was waiting for the pass to happen...but, somehow I was able to pick up the pace the last half mile and held 3rd overall for the finish. I ran the second 2.5 miles 30 seconds faster than the first one. I was thankful for a good, opening season race. 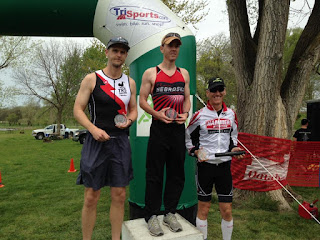 Siouxperman Triathlon - Sioux Center, IA - This is a fun, sprint race in NW Iowa. The best I've finished is 4th and am usually about 6th. Swim was about what I'd planned for and hammered the bike. 7 miles straight into the wind and 7 miles back with it. Fly'in! Ran 6:45s for the 5K and finished 3rd overall. Thankful for a second decent race with no injuries. 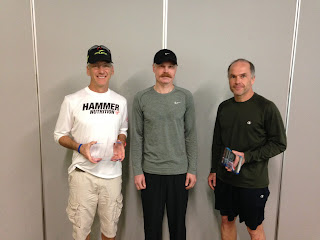 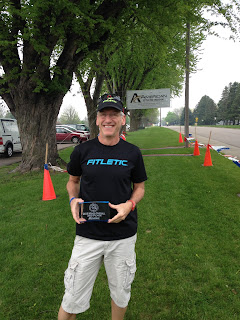 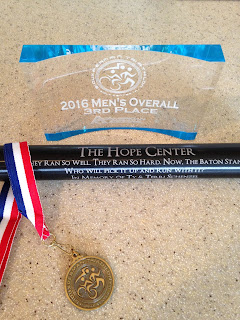 Kansas City Sprint Triathlon, May - This is a much bigger race. 500yd. swim in a lake. Came out of the water with the time I had hoped for and jumped on the bike and took off. Rolling hills with one major climb would describe this course. Averaged 23.3 and started the run.

It was hard to get going. Frustrated with my first mile time, I tried to pick it up and was quite a bit faster that mile. With a mile to go I felt strong and went even faster. Each mile was at least 30 seconds faster than the previous. 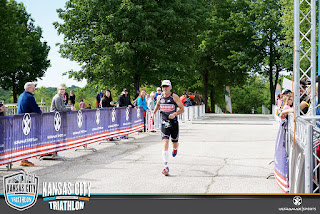 I finished 10th overall and 1st in my age group. Ultramax, who puts this race on, does a fantastic job with 2 t-shirts, a cool glass and huge medals. I'll be returning! 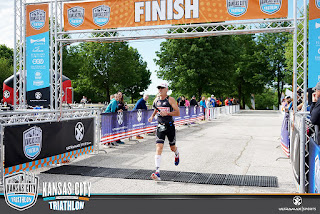 Posted by Lincoln at 6:28 PM No comments: