A Strange Kind of Season

This is an end of the season post. It’s been a strange one. Started out pretty well. Then I got hit by a truck while riding my bike on July 4th. Tried a couple of comebacks that were too soon. Did very little running the rest of the summer but ended up with a few good races. 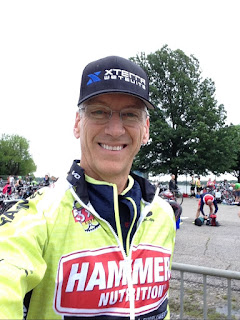 Here are just a few highlights:

1 – I survived having a pickup truck pull right in front of me as I was cycling downhill at 25mph and hitting the front of it at an angle. The “angle” part is key. I ricocheted off of it, body and bike flying, bounced off the pavement and landed in the grass between the street and sidewalk. I could have been dead. I should have had a shatter left leg. I should have a completely blown-out knee. Instead, I walked away with 3 stitches and some road rash.
My helmet didn’t have a scratch on it. The impact pulled the cleat off the bottom of my shoe and yet my ankle/foot didn’t have a scratch. Yes, I believe in God and angels. Only explanation. My bike wasn’t even damaged. Miracle #2. 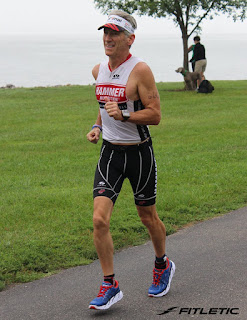 2 – Pre-crash, I did well at the Siouxperman Tri back in May with a 20:01 5K run off the bike early in the year. The week after I did the KC Sprint and got 7th overall and 1st in age group. Would have gotten 5th but ran right by the left hand turn to the finish line. Rookie mistake. 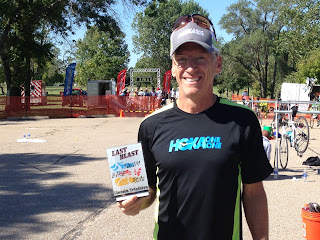 3 – The Norfolk, NE Tri was my last before the crash and took 2nd overall male there. And then…#1 above happened.
So I tried to come back running too soon. I discovered this when doing the Fall City Tri three weeks after the crash. I took first overall in that small race but limped in the last half mile with a calf strain. I then did the Omaha Aquathon (since no running was involved - 1,500m swim, 40K bike) and took first overall. 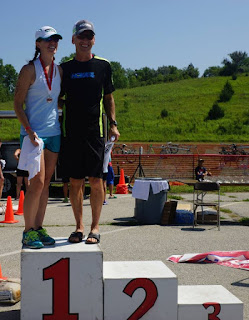 A few weeks later, after another calf strain due to not letting things heal completely, I did the Yankton, SD Tri. I was in 2nd place off the bike but was determined to just jog the run and not push it in the least. So, 11 guys ran by me and finished 12th overall and 2nd in my age group. VERY fast runners do that race. 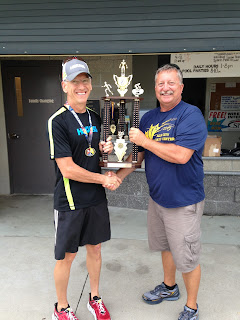 I finished up this year with two good races. I took 3rd overall and 1st in my age group at the Des Moines Sprint Tri. My run was two minutes slower than the Siouxperman Tri way back in May. If not for the accident I’d have been duking it out for the overall win. I was super thankful though! 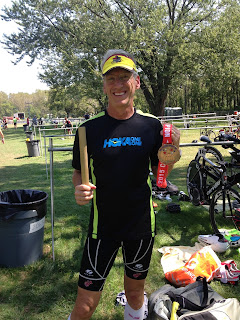 Last race was an Olympic distance tri and I knew my running was not even close to racing a 10K off the bike but hey, it’s the Lincoln (NE) Last Blast Tri so I’d have all Fall to heal up if needed. I had a solid swim in very wavy and windy conditions and very good bike on a very hilly course.  I started the bike in 5th place but slowly picked off the guys ahead of me one by one.

Then, I took the overall lead in the race at the 20 mile mark in the bike leg. Being first in and out of T-2 is a lot of fun. Trouble was, the person behind me was a 20 yr. old, very fast running kid who went by me at the 1.5 mile mark.  Somehow, battling through a tight hamstring and calf, I held on for 2nd overall and first in my age group. It’s tough spotting a “kid” 38 yrs. Ha. 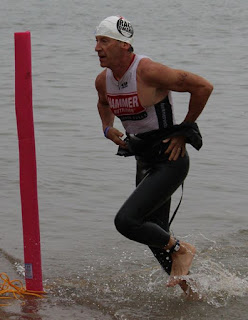 I’m so thankful that this season somehow held together...kind of. I’m thinking about the next two seasons, since it was announced that the USA Triathlon National Age Group Championships will be right here in Omaha in ’16 and ’17. In ’17, I age up to the 60-64 (is that really true?) and will look to do very well.


Thanks to the following companies who have helped me tremendously this season:  Hoka One One, Hammer Nutrition, Zensah, Dual Eyewear, Fitletic, Barracuda, Valdora, Primal Sport Mud, Macks and XTERRA Wetsuits. They all make top-notch products! 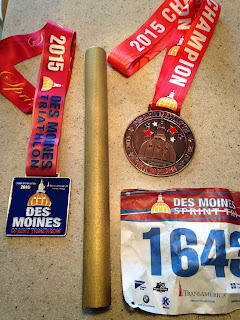