I can train myself to a certain level of speed. Wise workouts that are diversified and strategic can take me to some fairly fast performances. But, if I want to see real top-end speed realized, I have to race and race often. You know, "On your mark, get set, GO!"  Or, "Five, four, three, two, one" (horn blast.) There is something about those words and sounds that rev something up inside of us. Whether its a world championship race or a local time trial, I just push harder if I'm being timed and if there are others around me "racing" too. This is true of running races, cycling races, swim meets, duathlons, triathlons, adventure races, etc.

Realize that a race is a fantastic workout. Races are workouts the likes of which I normally won't do on my own. For me to get to my top end potential, I have to race and race as much as I can afford to, speaking of time and money. The months leading up to when I won the USAT national championship were composed of a triathlon every other weekend for 12 weeks. Each of the six races had a purpose beyond that day's performance. I knew that after I'd recovered from them, I'd be faster...and faster...and faster, race after race. We all have limits on our time and finances, but strategically placed races (workouts) will take us to a level of speed that we'll never reach, just doing our normal training. Just as I was thinking about writing this post, an email from Runner's World popped in with some good tips on this very subject and here is some of that article: 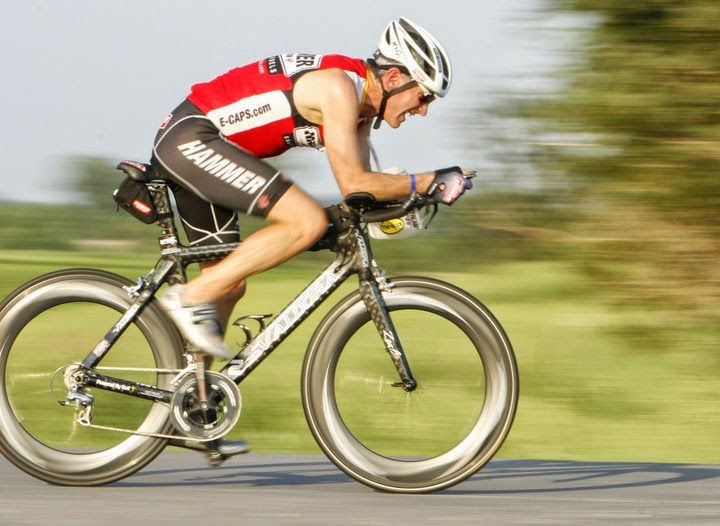 "In the months leading up to his American best of 2:09:55 at the 1975 Boston Marathon, for example, Bill Rodgers raced everything from two miles on the indoor track to 30K on the roads.
He enjoyed racing, but he also used minor races as stepping-stones toward two or three major goal races each year. This approach has benefits that are hard to replicate in workouts: Intermediate goals maintain motivation, and the race atmosphere pushes you to run hard. For those with prerace jitters, familiarity breeds a more relaxed approach and prepares you for adversity, says Camille Herron, a 2:37 marathoner who, inspired by Rodgers, races 15 to 20 times a year (including up to seven marathons).  Still, you shouldn't just sign up for a race every weekend and hope for the best. Here's how to ensure that there's a method behind the madness.

Race Tired
Rodgers raced 23 times in 1975, but used most as prep for the Boston and Fukuoka marathons. When he ran a three-mile indoor track race a few months before Boston, for example, it was part of a 20-mile day. You don't have to go that far (literally), but resist the urge to be well-rested for every race. If you're racing 10K or less, plan an extended warmup or cooldown–or both.
Apply It: At secondary races, aim to run at least three miles before and after the race. Once that's comfortable, extend the cooldown to five miles. Give yourself at least two days to recover afterward (three days for races of 10 miles or longer) before doing another hard workout."